PPG is the Emmy-award winning American cartoon series released by the premiere kid’s channel, Cartoon Network. The charming characters and interesting storyline made by Craig McCracken were the perfect ingredients that made it the most highly-rated cartoon series in its network’s history. From 1998 to 2005, this trio hooked a lot of young audiences, mainly the 90’s kids who grew up watching the trio kick some ass.

The famous Powerpuff Girls (PPG) aka “sugar, spice, and everything nice, spilled with Chemical X trio” is now set to return in our TV screens next year(Reference). Pretty soon, you’ll be seeing Blossom, Bubbles, and Buttercup defend Townsville against memorable foes like Mojo Jojo, Him, and maybe some other new villains. But before the much awaited TPPG reboot hits the small screen, let us see if you still remember its history and the show’s top five best episodes.

This episode is about Dick Hardly, a friend of Professor Utonium, who discovered the girls’ power and wanted to market them. Obviously, the Professor kicked him out but Dick never stopped and fooled the girls. He became a monster after swallowing the Chemical X and trapped the little girls in a Chemical X sucking machine. Professor Utonium showed up offering his life in exchange of his three girls but Dick refused. The Professor and the little girls declared their love for each other. Eventually, the power of love saved them.

All the main villains unite and tried to abolish the Powerpuff Girls. There’s even a black gnome who promised the girls a better world without evil if they’re going to give up their powers. The girls almost fell on this trap, but the Professor explained that the world will never be free of evil. With the heart of a hero, the girls destroyed the gnome.

2. Mime for a Change

Rainbow the Clown showed up and turned into Mr. Mime after a truck full of bleach tipped over him. Mr. Mime seeks for revenge on the world by taking the vibrant vibe away from everyone. He made the whole town black and white. And it’s not just the scenery that he changed. Without color, life in Townsville became lifeless and dull too! The girls solved the problem by singing a song about how love makes the world go ‘round.

In this episode, Mojo Jojo tried to make his own Powerpuff Girls. But instead of creating cute, little girls, his experiment produced The Rowdyruff Boys instead. The new super villain trio consisted of Brick, Boomer, and Butch. Mojo Jojo told the boys that the girls are a threat to them. The Rowdyruff Boys confronted and fought the Powerpuff Girls. Try as they might, the super girls were no match against the boys because they’re more powerful. Instead of trying to fight back, the charming girls kissed the boys, causing them to explode.

With these all-time favorite episodes, fans demand for more. Finally, Rob Sorcher, Cartoon Network’s chief content officer, announced that these pint-sized girls are about to use their forces again to fight the evil in 2016. The rebooted version of these little charming heroes is expected to amaze the new generation and satisfy its old viewers.

How about you, what do you expect in the Powerpuff Girl’s comeback? Let us know in the comments!

You may even play with the Powerpuff Girls Board Game, by visiting our Amazon store. 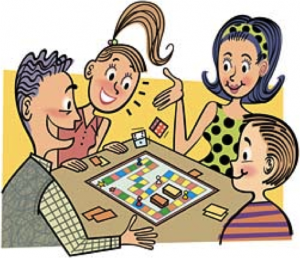 I remember the time when my husband and I first bought a PlayStation for the kids (the first console, and yes, that was so long ago). It was fun at first. It was nice seeing the look of sheer joy on their faces whenever it was “game time”. A few weeks into it, and we noticed that they spent less and less time with us. It was only until our little one flat out refused to let us play when we decided that we had to bring back board game Saturday, as my husband fondly calls it.

I remember the time when my husband and I first bought a PlayStation for the kids (the first console, and yes, that was so long ago). It was fun at first. It was nice seeing the look of sheer joy on their faces whenever it was “game time”. A few weeks into it, and we noticed that they spent less and less time with us. It was only until our little one flat out refused to let us play when we decided that we had to bring back board game Saturday, as my husband fondly calls it.

Not All That Bad

I’m not saying that video games are the enemy. In fact, studies show that they actually help improve hand-eye coordination, decision making, enhance creativity, and math skills. A lot of these games are built on strategy and logic. This makes it a great supplementary tool to honing your child’s brain. However, like everything else, it has its downsides too.

The biggest problem we had with our children playing video games was their lack of socializing when they’re so immersed in it. Even if they were playing with other kids, their focus (as well as the focus of the other kids) was on the game, rather than their playmates. I suppose it had a lot to do with the fact that the game was on the TV screen. But even so, there was very little opportunity for actual interaction among the kids especially when they were “in the zone”.

When we brought back board game Saturday, despite the many protests and cries of “lame” from our kids, we saw one vital difference. They paid more attention to us than the board. One advantage or disadvantage (depending on how you look at it) with playing a board game is the fact that the game is right in the middle of your group. Since the board games we played were strategic and highly competitive; the kids had to learn how to pay attention to verbal and non-verbal cues of the other players (i.e. me and my husband). They learned how to read people better. But more than that, they learned to converse with other people in the group while one is taking time “strategizing”. Mission accomplished for us, in tricking our kids to learn how to socialize better.

It Was Good For Us Too

Of course, we knew that the games would help shape our children’s minds as well as their characters. What we did not expect was that it would help us as well. There was one month when every Saturday we’d play word games. Our ever-competitive children, who take after both parents, wanted a chance to beat us so they started memorizing 3 words per day in the dictionary. It definitely increased their chances of winning, but the competitive side in me and my husband struck and we started reading books again, to refresh on fresh vocabulary words and grammar. Looking back, it helped both of us in our jobs in the long run. My husband had more bits of information to talk about with clients, my memory and retention of information improved, and overall we felt like we had better focus.

I can go on forever about how these board games improve critical thinking, sportsmanship, creativity, and self-confidence. You probably know about most of those board game benefits. My point is simple, board game Saturday didn’t just help our kids become smarter, stronger, and better people. It helped our family as a whole become all those things, and, more importantly become closer than ever. I hope this inspires a few parents to make your own board game traditions at home. Happy Playing!

Here are cool board games to check out! 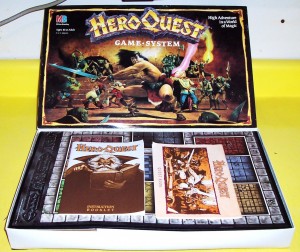 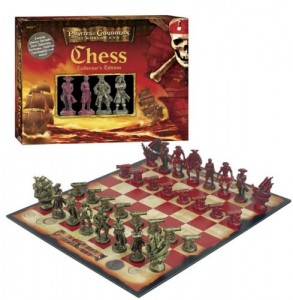 Pirates of the Caribbean Chess (in a Box) 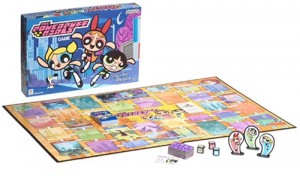 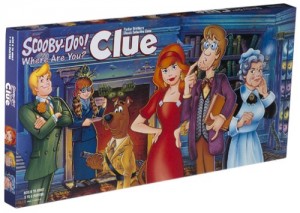