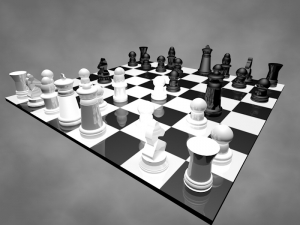 The presence of women in chess tournaments is barely felt. In a study conducted by psychologist and Fédération Internationale des Échec (FIDE) Master Merim Bilalic, more men play chess than women. This is why most people perceive the game of chess as more of a “man’s game”.

However, that is not necessarily true. Even though the number of female players is scarce, a lot of them are actually succeeding in this game.  Some, at a very young age, have even attained their grandmaster (GM0) titles. In this article, you’ll be introduced to the greatest and most brilliant female players who dominated the chess tournaments.

Susan Polgar is a Hungarain-American grandmaster. She is the very first female player who earned her title by competing in the regular tournaments, rather than winning it in the World Women’s Chess Championship (WWCC). Furthermore, Polgar was the very first woman who qualified for the 1986 World Championship series. She won ten Olympic medals, and four WWCC Championships. Currently, she holds an Elo rating of 2577.

Aside from competing in tournaments, she has also written several books about chess such as Queen of the Kings and Chess Tactics for Champions. She also writes for several publications like Chess Life, Chess Horizons, and Georgia Chess.

She is considered as one of the top grandmasters in Russia. Kosteniuk started playing the board game at the tender age of five years old. By the time she was 17, she already competed in the final round of the WWCC. Unfortunately, she was crushed by Zhu Chen, the Qatari chess Grandmaster. After three years, she managed to stage a comeback, and won the European women’s tournament in Dresden, Germany.

She received the title of grandmaster back in 2004, making her the tenth woman to receive this coveted title. But before she even attained this status, she already won other awards such as International Master, and Woman Grandmaster.

Kosteniuk is also a fashion model and an official chess ambassador.

Named as the Princess of Chess, Judit Polgar is considered as the strongest female player in the game. Polgar earned her GM status in 1991, when she was only 15 years old. At that time, she was the youngest player who achieved such an impossible feat. In fact, she even broke the previous record that was held by Bobby Fischer.

Currently, she holds an Elo rating of 2705, making her the only woman who broke free from the 2700 rating hurdle.

Jennifer Shahade is an American player and author. She won the American women’s chess tournament two times in a row, and has an Elo rating of 2322. Shahade is the first and only female player to nab the first place in the U.S. Junior Open back in 1998. And in 2002, she bagged the top prize at the U.S. Women’s Chess Championship.

Shahade studied comparative literature at New York University. You can see some of her works in several publications such as Chess Life, The New York Times, and New in Chess. She also wrote a book called Chess Bitch. Currently, she’s the online editor-in-chief of www.uschess.org.

Aside from chess, she is adept at poker too. In 2007, she managed to finish 17th place out of 1286 in the Ladies World Series of poker.

Just because there are more male grandmasters doesn’t mean that they are the only ones excelling in the game. If there’s one thing that you can learn from Judit Polgar, Jennifer Shahade, and the other players; it’s that gender is never a hindrance to your success. You can be a grandmaster too, as long as you remain passionate and focused on your goals.

Are there any other brilliant female players we forgot to mention? Let us know in the comments!